The final 72-hole leaderboard for the 2015 OHL Classic at Mayakoba at El Camaleon Golf Club in Playa Del Carmen, Mexico is in.  Graeme McDowell shot a 5-under 66 and edged out runners-up Russell Knox and Jason Bohn in a playoff to win.  Below is the truncated top-10 leaderboard: 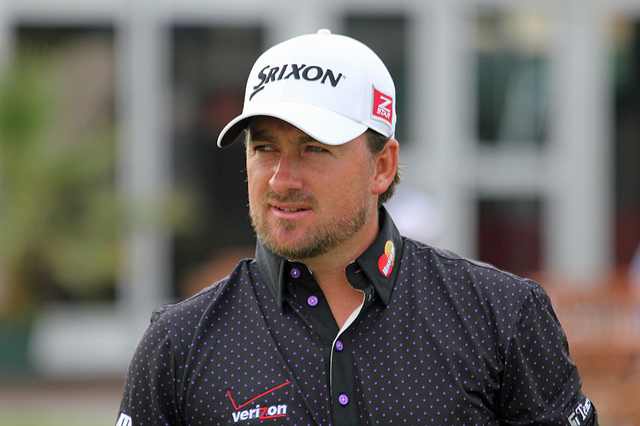 a good 2014-2015 season, with missed cuts at two of the four majors and no top 10s in individual stroke play since the 2014 WGC-HSBC Champions.  His last finish on Tour was a missed cut at the PGA Championship all the way back in August.  Has Graeme found his mojo again?  I suppose we’ll see, but I have my doubts because he has a history of being a spotty player and a sporadic winner.  Today:  6 birdies and 1 bogeys for a 66 in regulation.  Birdie on the first playoff hole to win.  Scores over four rounds: 67, 63, 70, 66.

Russell Knox (-18) – If you recall, Knox won outright by 2 strokes last week at the WGC-HSBC Champions in Shanghai — obviously this is just a continuation of that performance.  Clearly he’s in some hot form, and it’ll be interesting to see how long it will last.  As for today, he was actually leading by one stroke going into the 18th hole, but choked with a bogey and ended up losing in a playoff.  I mean, it happens, but I’m sure he’s super bummed that he couldn’t make it two in a row.  Today he shot a 31 on the front nine in regulation with 5 birdies, but couldn’t keep the momentum going on the back nine (2 birdies, 2 bogeys and a loss on the first playoff hole).  Scores over four rounds: 70, 65, 65, 66.

Keegan Bradley (-12) – He just can’t seem to get anything going these days.  He hasn’t been a factor on Tour in quite some time, his last victory being at the 2012 WGC-Bridgestone Invitational (as you probably know he also won the 2011 PGA Championship).  Still, a very solid week.  Last season he had a few top-10s as well as a win at the 2-day team-based CVS Health Charity Classic.  Missed the cut at the Shriners and tied for 47th at the CIMB Classic this year.  Whether or not he contends this year remains to be seen, but at 29 years old he is smack dab in the middle of his prime years for golf.  Today:  7 birdies and 2 bogeys for a 5-under 66.  Scores over four rounds: 70, 63, 65, 68.

Have any congratulations for Graeme, or any other thoughts about this year’s OHL Classic at Mayakoba? Discuss in the comments below!