The final 72-hole leaderboard for the 2015 Shriners Hospitals for Children Open at TPC Summerlin in Las Vegas is in.  Smylie Kaufman, age 23 (coincidentally the same young age as last week’s winner Emiliano Grillo), shot a 10-under 61 in the final round, the best round of the day, to win by 1 stroke over six runners-up.  Below is the truncated top-10 leaderboard:

Winner: Smylie Kaufman (-16) – A relative unknown American golfer that has burst onto the scene kicking, with a T10 last week at the Frys.com Open.  He has one previous win on the Web.com Tour (2015 United Leasing Championship), and the Shriners is his first win on Tour.  He missed several cuts in the small handful of tournaments he played in previous seasons.  Today: 8 birdies and an eagle for a bogey free 61 (-10).  This is another guy that could really make some noise this season and beyond, though he’ll have plenty of stiff competition.

Cameron Tringale (-15) – A name that seems to pop up a lot these days in Tour events.  Indeed, last season he finished with 4 top-1os — among them, a team win at the Franklin Templeton Shootout and a runner-up at the Zurich Classic — but also several missed cuts.  He has a very similar season the year before that as well.  His previous two finishes at the Shriners were a MC and T43, so tournament/course consistency isn’t a factor here.  Tringale is clearly one of the more consistent players on Tour.  Today: 8 birdies and 3 bogeys for a 5-under 66.  Think he’ll eventually make a breakthrough and start winning?  It seems quite likely for the 28-year-old.

Kevin Na (-15) – Had a real chance to win yet again for the second straight week.  This is his second runner-up finish in consecutive weeks.  I’ve said it before, but I suppose it 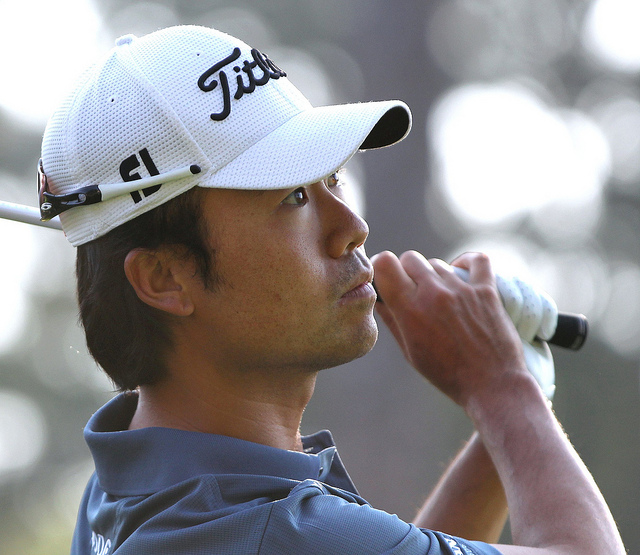 bears repeating: he has been in contention countless times over the past couple years and he just hasn’t been able to get it done.  I’d be willing to bet that if someone compiled a list of players with the most top 20 on Tour finishes in the past two years, he’d be near the top of that list.  Ah well, what can you do?

Today: 5 birdies and a bogey for a 67 (-4).  He won this event back in 2011, and it remains his only win on Tour.  In any case, I don’t think he’s going anywhere right now, and I do see him finally pulling out a win within the next couple of months.  Rootin’ for ya Kevin.  Keep up the good work.

Alex Cejka (-15) – The Czech-born Cejka, age 44,  has certainly been around the block.  His win at the 2015 Puerto Rico Open was his first on Tour.  He also has 4 European Tour wins, 3 of which came in 1995.  Today: 7 birdies (5 of which came in the last 6 holes) and 2 bogeys for a 5-under 66.  Great performance this week.  Despite some great finishes, his results over the past couple years have been mostly poor:  tons of missed cuts and sub top-50 finishes.  He finished T18 at the Shriners in 2014 amongst a slew of missed cuts, so it could be that this tournament helps bring out his A-game for whatever reason.

Have any congratulations for Smylie, or any other thoughts about this year’s Shriners Hospitals for Children Open?  Discuss in the comments below!